In today’s game of baseball there seem to be two types of offensive players. You have the hitter. The player who can hit for a high average as well as drive in runs. They can work the count and draw walks. They can move runners over with the sacrifice or hit to the opposite field. They get on base but don’t necessarily always posses the fan favorite tremendous power.

Then you have the slugger. The player with tremendous power. The player who can drive the ball 400 feet with the flick of the wrist. They can change the momentum of a game with one swing at any given moment. Pitchers avoid them with runners on base and are cautious with the bases empty. They hit for power and drive in runs, but rack up strikeouts and can cripple rallies.

Both contribute to their team in many ways, but which is better?

A quick look inside the numbers quickly separates most players into one of these two categories. There however are a select few that can just do it all. Some of those players are Albert Pujols, Hanley Ramirez, Justin Morneau, and Prince Fielder. They hit for the high average as well as tremendous power and are RBI machines. 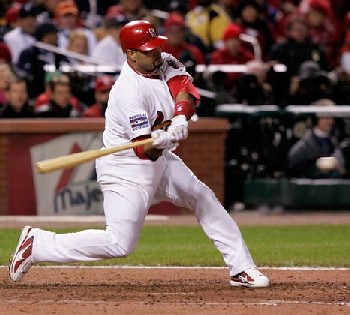 Some high profile hitters are players like Carl Crawford, Ichiro Suzuki, Shane Victorino, and Kevin Youkilis. They put the ball in play, can draw walks, and move the runners over when their team needs them the most. These players are pure hitters. 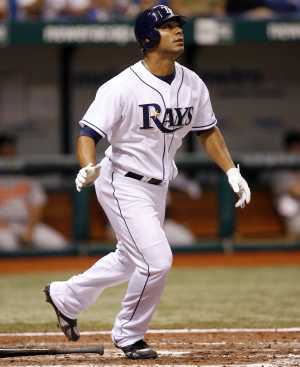 Some sluggers you may know are Adam Dunn, Ryan Howard, and Carlos Pena. They can drive the ball with anyone, drive in runs, but rack up strikeouts at alarming rates.

A statistic that I find accurately grades the value of a hitter is Runs Created. Of all the sluggers in the league only Adam Dunn (7) ranks in the top ten in runs created. Ryan Howard (38) and Carlos Pena (23) rank further down the list. As for the hitters Carl Crawford (14), Ichiro Suzuki (9), Shane Victorino (16), and Kevin Youkilis (27) rank further up on the list. The previously mentioned freaks happen to all be in the top 6. Pujols and Fielder come in a 1 and 2 while Morneau sits at 4 and Ramirez at 6. They contribute to their team in a ton of different ways offensively.

Personally I would rather take the hitter because of the fact that they can do more. I would take the guy that hits .310 with 10 home runs and 80 RBI, but can move runners over and put the ball in play over someone who hits .260 with 35 home runs, 110 RBI, and 160 strikeouts. 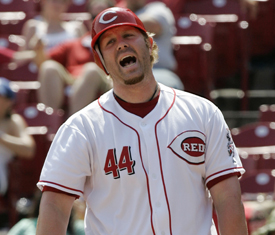 The strikeouts are a big factor because not only are they an ugly stat but they are a rally killer. If you are going to end a rally at least put the ball in play. Strikeouts are also an easy tell for someone who is just swinging as hard as they can. The hitters will shorten their swing with 2 strikes and look to put the ball in play rather than drive it into the gaps. The sluggers however tend to swing for the fences regardless of the situation. Not only is that not going to work out too well the majority of the time it sets a bad example for the younger players.

I guarantee that if any of the before mentioned freaks were to take up the slugger mentality they could put 55-60 balls out of the park every season. The home run is a great thing, but I think it’s time the hitter gets more recognition for his talent than the slugger.