This season has really shed some light on the “real hitters” with players like Albert Pujols and Joe Mauer being thrust into the spotlight for all to see. Pujols is a legitimate complete hitter while Mauer is well on his way to solidifying himself as one.

While players like Pujols and Mauer steal the spotlight there is a player who is quietly one of the greatest hitters in the history of baseball. We all know who it is, we just don’t necessarily associate him with greatness. He is an All-Star every year but just doesn’t get the credit he really, truly deserves. That player is Ichiro Suzuki.

This year Ichiro is hitting .358. No typo, it’s .358. Joe Mauer may be leading the majors in BA but he is also having a career year. Ichiro does this every single year. Ichiro’s lifetime average is .332. That’s after he played 8 seasons in Japan, where he hit .353 with 1,278 hits. After 8 years of excellence in Japan he packed his bags and landed in Seattle. He has been the backbone of the franchise ever since but has been overshadowed by players like Alex Rodriguez, Albert Pujols and Hanley Ramirez.

Ichiro doesn’t bring the home run often, but true students of the game know that despite his small frame he has power. It just isn’t his game. He would much rather slap a single or bunt his way on and then steal second base. By the way he has 21 stolen bases so far this year. He doesn’t walk often but he doesn’t strike out often either. In his 391 at bats this season he has struck out just 35 times. His career high in strikeouts came in 2007 when he struck out 77 times. He is obnoxiously consistent while being one of the most durable players in the game. Since coming to the United States he has played in no fewer than 157 games.

Ichiro does it all. Since joining MLB he has been an All-Star every year while earning Rookie of the Year honors in 2001. Not only did he win the ROY in 2001, he won the MVP for the American League while hitting .350 with 56 stolen bases. He has taken home a Gold Glove every year and is a 2-time Silver Slugger and 2-time AL batting champ.

When looking at his short time in MLB his statistics still warrant him the Hall of Fame on the first ballot. When combining his statistics with the his time in Japan he is one of the greatest hitters the game has ever scene. If you were to combine his statistics from both careers he would have 3,223 hits, 429 doubles, 1,023 RBI, 535 stolen bases and a .343 batting average.

There is no doubt that Ichiro is one of the best players in baseball. He is a household name but just does not receive the credit he deserves. He combines incredible bat control with outstanding defense and speed. Pujols, Rodriguez, and Mauer may have the power, but Ichiro has the complete game.

ESPN always seems to bring up the discussions comparing players and sparking the question, “Who would ya take?”

It seems as though I’m in the minority as I would take Brian McCann over Joe Mauer. Here’s a look inside the numbers. Currently Mauer leads most statistical categorizes throughout both players’ careers. Before writing off McCann one should know that Mauer started his fabulous career a year earlier than McCann. Mauer played 35 games in 2005 while McCann didn’t begin his MLB career until 2006. 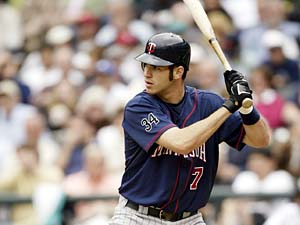 McCann seems to only lead Mauer in one major category, home runs (78 to 58). Right now you should be thinking this is a no contest, Mauer is obviously the better offensive catcher. This is before I inform you that Mauer also leads McCann with 616 games played to just 533. He also leads McCann in at-bats 2263 to just 1839. Not only has Mauer played in 83 more games than McCann, he participated in 76 of those as the designated hitter. McCann doesn’t have the luxury of the DH in the National League. McCann has only been able to DH 27 times in his career compared to Mauer’s 76. 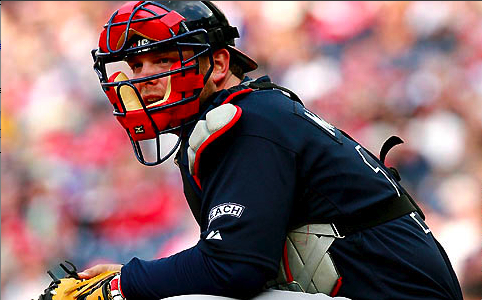 The DH may not seem like a big deal but it can really boost one’s statistics. Mauer can occasionally take the day off defensively but remain in the game to hit. I believe it is common knowledge that catching is the most physically demanding position on the field. If McCann wants to hit he has to catch also. When McCann needs a day off he doesn’t have the luxury of the DH like Mauer does. Mauer gets his day off while padding his offensive statistics. When taking this into consideration Mauer has a large advantage in opportunities since the beginning of the 2005 season.

This proves that you can’t always take statistics at face value. Mauer leads the major statistics but has had more opportunities. On the other hand, Mauer has had more at-bats and games but still has a better batting average and only 14 more strikeouts. Statistics can also be warped by injuries. Mauer has missed a substantial amount of time this season while McCann spent about a month or so with terrible eye problems that forced him to the DL.

Joe Mauer currently owns the better fielding percentage (.996 to .989) but McCann has one more All-Star appearance. It really is a toss up between the two superstars. No matter what you think we are truly lucky to see two great offensive catchers playing at the same time. These two could go down as the two greatest offensive catchers to ever play the game.