We have all engaged in the discussion of who are the best players at their respective positions. When discussing the position of shortstop I think the obvious answer is Hanley Ramirez. He does it all. He hits for average as well as power. He drives in runs and steals bases. He even plays good defense. He is easily the best shortstop in the game. But who is number two? I’m going to make the case for Yunel Escobar of the Atlanta Braves.

Escobar plays solid defense but where he really shines is at the plate. Escobar has improved his contact hitting this year by sporting the 6th best .305 average. He has also shown he can provide the long ball with his 3rd best 11 home runs and drive in runs with his 58 RBI which also rank 3rd. The power numbers aren’t a product of a free swinger either. Escobar has shown excellent bat control and advanced plate discipline. He strikes out just 10.6% of the time which is only beaten by Orlando Cabrera (9.4%) and Miguel Tejada (7.6%). He is also the owner of the 3rd best SO/BB ratio with 0.80. 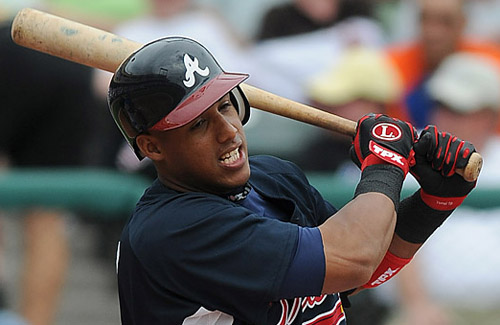 He has a respectable 4.3 Range Factor when you look at the defensive aspect of his game. One thing that isn’t shown in a statistic is his strong arm. Many Braves fans were spoiled when Rafael Furcal would rifle throws across the field. Escobar’s arm is just as good if not better.

There are a handful of shortstops that have a legitimate shot at being the runner up to Hanley Ramirez at the position. Yunel Escobar has a pretty good argument.